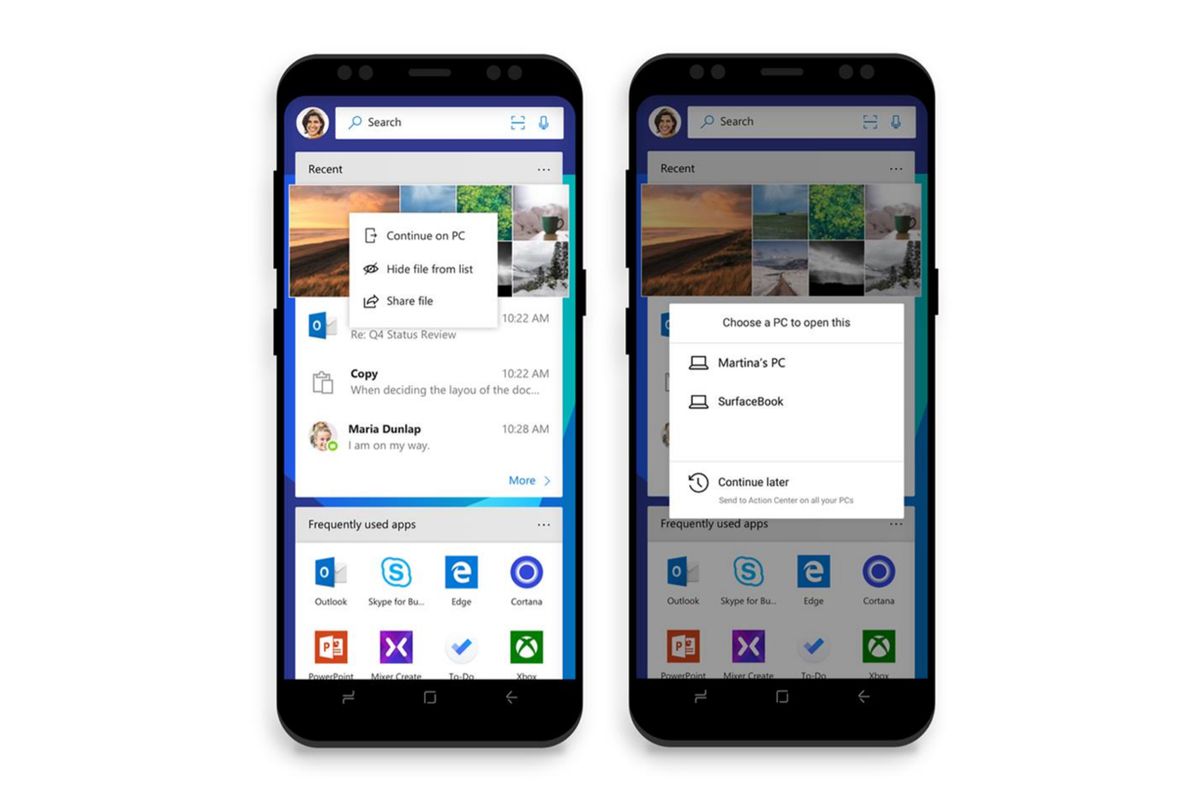 Microsoft quietly released its own Android launcher more than two years ago. It was the basic, functional Arrow Launcher for Android devices, built by an employee as part of the company’s Garage experiment. That experiment is getting a big upgrade today with the release of Microsoft Launcher.

While iPhones don’t let you customize what happens when you push the home button, Android devices include launchers that dictate the home screen experience. Microsoft is taking advantage of that in a big way to bridge the gap between mobile and PC. Microsoft Launcher will let Android users continue viewing photos, editing documents, or reading websites from a mobile to a PC. It’s something Microsoft has been experimenting with recently, and “continue on PC” is also a big part of the new Edge browser for iOS and Android. It’s also very similar to macOS’ Handoff feature.

You can tap on files in the home screen feed and trigger them to launch on a PC. It’s great if you’re an Android user that uses Microsoft services like OneDrive, Office, and Outlook. That’s the type of person that this launcher is really designed for.

Microsoft Launcher also has a feed of information from calendar appointments and reminders, to recent photos and news. You can customize it fully, with different light and dark themes and color accents just like Windows 10. It’s all designed to match Microsoft’s new Fluent Design that the company is pushing its products, with subtle hints at light, depth, and motion.

If you’re an existing user of the Arrow Launcher then you’ll be automatically upgraded to the Microsoft Launcher, any other Android users will be able to download and install the preview today through the Google Play Store.