Google published a Chrome app in the Windows Store earlier today, which just directed users to a download link to install the browser. Microsoft isn’t impressed with Google’s obvious snub of the Windows Store, and it’s taking action. “We have removed the Google Chrome Installer App from Microsoft Store, as it violates our Microsoft Store policies,” says a Microsoft spokesperson in a statement to The Verge. 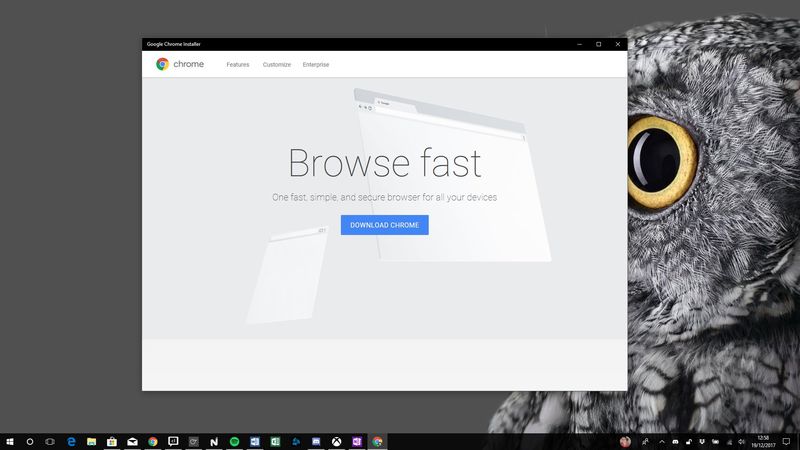 Citing the need to ensure apps “provide unique and distinct value,” Microsoft says “we welcome Google to build a Microsoft Store browser app compliant with our Microsoft Store policies.” That’s an invitation that Google is unlikely to accept. There are many reasons Google won’t likely bring Chrome to the Windows Store, but the primary reason is probably related to Microsoft’s Windows 10 S restrictions. Windows Store apps that browse the web must use HTML and JavaScript engines provided by Windows 10, and Google’s Chrome browser uses its own Blink rendering engine. Google would have to create a special Chrome app that would adhere to Microsoft’s Store policies.

Most Windows 10 machines don’t run Windows 10 S, so Google probably won’t create a special version just to get its browser listed in the Windows Store. Google’s workaround has now been removed from the Windows Store, so Windows 10 users will have to continue using Microsoft Edge to access the download site for Chrome if they want to access Google’s browser.

This isn’t the first time Microsoft and Google have battled over browsers or platforms. Both companies fought over a YouTube app for Windows Phone, Microsoft targeted Google with “Scroogled” commercials, and Microsoft has also criticized Chrome’s battery usage. We’ve reached out to Google to see if this is a battle that will continue, or one that’s not worth fighting over.