In Episode 125 of the Office 365 Developer Podcast, Richard diZerega and Andrew Coates talk with Bill Bliss about Microsoft Teams extensibility. 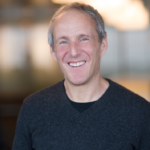 Bill Bliss is a Partner Platform architect for Microsoft Teams, a founding member of the Microsoft Teams product. He focuses on the Microsoft Teams developer platform and its integration with Bot Framework. He rejoined Microsoft in late 2013, after a nearly 10-year absence, to work on the iOS and Android versions of the MSN applications (News, Sports, Finance, Food & Drink, and Health & Fitness). He also worked on the DMX startup group (the predecessor of the Microsoft Teams effort) and was the PM architect for MSN. Immediately before rejoining Microsoft, he was VP of Product Management in VMware’s End-User Computing (EUC) Division, responsible for product management of Horizon Application Manager and the core Horizon platform. Bill joined VMware in 2011 after serving as VP and GM of Myspace, Inc.’s Search and Recommendations team, where his team built three new service platforms. He also he served as the business owner for News Corp.’s $900M advertising contract with Google. He’s been a part of two start-ups: Gomez, Inc. (now a division of Compuware), where he was VP of Emerging Technologies, and Klir Technologies, where he was CTO. Before Klir, he was an SVP at Expedia, Inc., responsible for Expedia.com and Hotels.com product management, product roadmap, and business analytics. Prior to Expedia, Bill worked over 16 years at Microsoft in a variety of senior technology and management roles from 1987 to 2003. As general manager of the Natural User Interface group, he worked on advanced search and user interface technology for Windows, building on his experience as general manager of MSN Search. Under his tenure, MSN Search launched in 1998; by 2002 it had grown to over 100 million queries per day, more than $100M in annual revenue, and 34 international markets in 13 languages. Prior to MSN Search, he was a founding member of the team that designed and built the first two versions of Microsoft Outlook, and holds nine U.S. patents related to Microsoft Outlook. He earned a BS in Computer Science from Northwestern University in Evanston, Illinois. 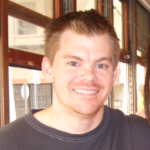 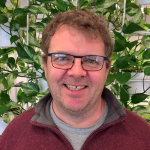